Dedicated activists and Indigenous elders of the Freedom Flotilla reaffirmed their commitment to travel to West Papua, and sent messages of inspiration to counter Bob Carr’s despondence despite the Foreign Minister this evening stating there will be no consular support if they are arrested.

Senator Carr describes solidarity with the West Papuan movement for freedom variously as, a “cruel deceit” a “cruel hoax” and a “cruel hope”, yet there is a ground swell of support rising in both Australia and Internationally for West Papua and to deny that is deceitful. Just last week a Free West Papua campaign office was opened in the Netherlands.

The ‘Act of Free Choice’ of 1969 is the original deceit, with the Jakarta Globe yesterday acknowledging that the legitimacy of the referendum has been questioned ever since it occurred.

The Freedom Flotilla may be a small dedicated group, yet has gained support from a broad coalition of indigenous people, politicians from the Greens Party, Liberal MP Warren Entsch, DLP Senator John Madigan, along with trade unions, environmental and human rights groups in Australia and abroad.

Jacob Rumbiak, who arrived in Australia from East Timor in 1999 warned the Australian government against “keeping the attitude you did to East Timor for more than 20 years, history will tell, don’t repeat the mistakes of the past”. 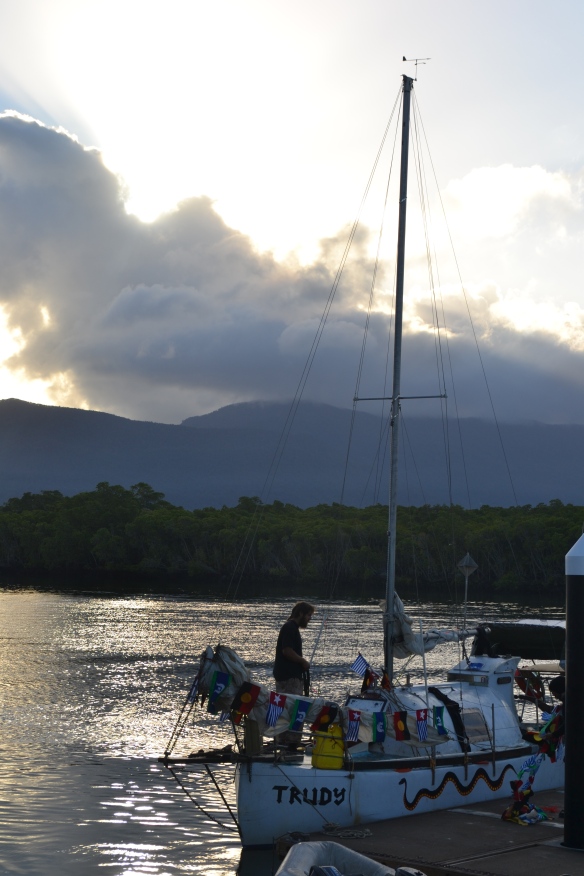 Uncle Kevin Buzzacott reminded the Minister of the need to dream, “We’ve given ‘em big hope, not a cruel hope, i can’t walk away from that, you’ve got to dream, you’ve got to follow that dream, we will struggle together until full freedom”.

The blockade against journalists, NGOs and the Freedom Flotilla entering West Papua is proof the Indonesian government is hiding from the world the extent of what the Jakarta Globe called yesterday “frequently documented” human rights abuses.

A Flotilla participant said this morning, “They may have guns, they may have best military hardware, but we are equipped with the most powerful tool, the love and the will of our hearts”.

Senator Carr’s rhetoric is tired; in June’s Senate Estimate he asserted that acts of solidarity with West Papuans are a  ‘cruel deceit’. Ronny Kareni, a third generation leader of the West Papuan struggle responded in New Matilda that Papuans are fully aware of the challenges they face , “For the last 50 years, the struggle has been driven by the Papuans themselves putting their life on the frontline in West Papua and abroad campaigning against the entrenched brutality by Indonesian security forces.”

“Aboriginal people have a long history of standing up for other oppressed people; in the 1930s we supported Jewish people in Germany when no-one else would, we supported the East Timorese in their struggle for independence, South Africans against apartheid, and now we are supporting the struggle of the indigenous people of West Papua”, Senior Tauwurrung Elder Uncle Larry Walsh, from Seymour Victoria reminded the Minister.